Beer comes in many different styles, yet the overwhelming majority fall under just one of two categories: ale or lager. The determining factor ultimately being the type of yeast used during the fermentation process.

When it comes to categorising a beer style, particularly craft beer, defining the beer by the type of yeast used can be seen as an elementary classification. Though yeast comes in many different strains and can contribute much to a beers flavour, there are many differing methods and additions used to brew a particular style, that can give vast differences in taste, colour, texture and smell, and for the drinker at least, it is these which will ultimately define a beer style.

Ale’s have been brewed for centuries and encompass a wide range of styles that are generally more complex, fuller bodied and have a more prominent hop profile than lager beers. Due to a more robust nature, with its alcohol tolerant yeast, ale’s have become popular among brewers looking to experiment with additional methods and ingredients. Finding your favourite ale stye can be a daunting task (one we are happy to take on!) with pale ale, IPA, sour, porter, stout and wheat beers all falling under the ale category, and of course there are many styles with-in these sub-categories – think double IPA, hazy pale ale and chocolate porter to name a few.

Lagers are generally smoother, lighter and easier to drink than ale’s, and therefore have earned a reputation as the perfect refresher under an Aussie sun. Arguably the most popular style (by sales volume) in Australia, some of the biggest beer brands are all lagers – think VB and Great Northern, as well as international brands like Heineken, Corona and Peroni. Not all Lagers are clean, crisp or light in colour as these big brand lagers however, with Bock, Doppelbock, Schwarzbier (dark lager) and Vienna Lagers all offering bigger volumes of flavour and colour into their lager styles respectively.

What other beer categories are there?

Lambic beers have long been brewed in Belgium, with their own set of production processes that define them, yet the flourishing craft scene has more recently made Iambic’s more readily available with varying styles brewed around the world. One thing all Lambic style beers have in common is that the beer is achieved via ‘spontaneous fermentation’ – meaning brewers leave the developing beer exposed to open air to ferment, taking advantage of certain wild yeasts and bacteria that may be present in the air or residing in the fermentation vessel itself, rather than selecting a traditional ale or lager yeast. Often described as ‘funky’, Lambic style beers generally have a dry, fruity and slightly sour flavour profile.

In the ever-evolving world of beer there are of course exceptions to the rules, with brewers experimenting and pushing the boundaries in search of new styles. These “hybrid” beer styles are often achieved by blending traditional methods, such as the cold conditioning of top fermented beer or vice versa, fermenting with fruit, spices and herbs as well as barrel aging – think used whiskey barrels, or exposing malted barley to wood smoke to create complex flavours. Mixed origin styles include California Common or “steam beers” and American Cream Ales.

Choosing your next brew

The explosion of brewers experimenting with different beer styles in recent years means you are spoilt for choice when it comes to selecting a beer, so we say jump in and start exploring! If you’re ever feeling overwhelmed by the options available, be sure to seek out your friendly bottle shop attendant for some advice or stick to buying just one or two new styles to try alongside some tried and tested favourites. There is an ale or lager to suit many different occasions and palates, and with new beers frequently hitting the shelves, exploring the many styles of beer is half the fun!

4 Reds To Hibernate With This Winter

Winter has well and truly settled in and we all know what that means; it’s red wine Season! The cold nights call for casual evenings

The popularity of alcoholic Seltzer drinks has exploded, with its origins in the USA where it took the market by storm, Australia too has jumped 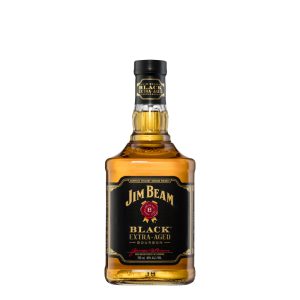